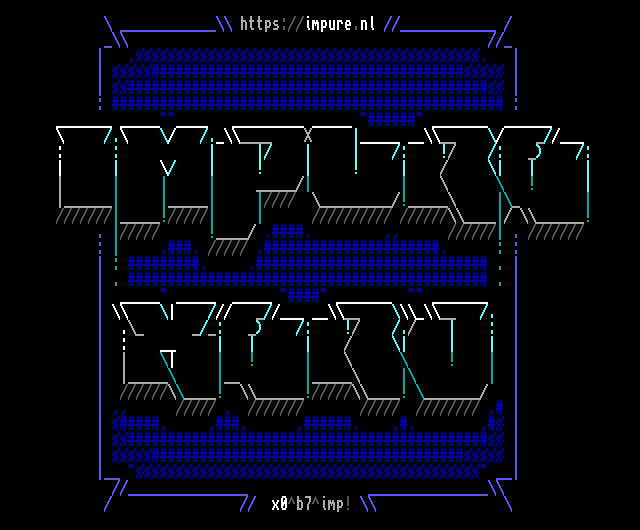 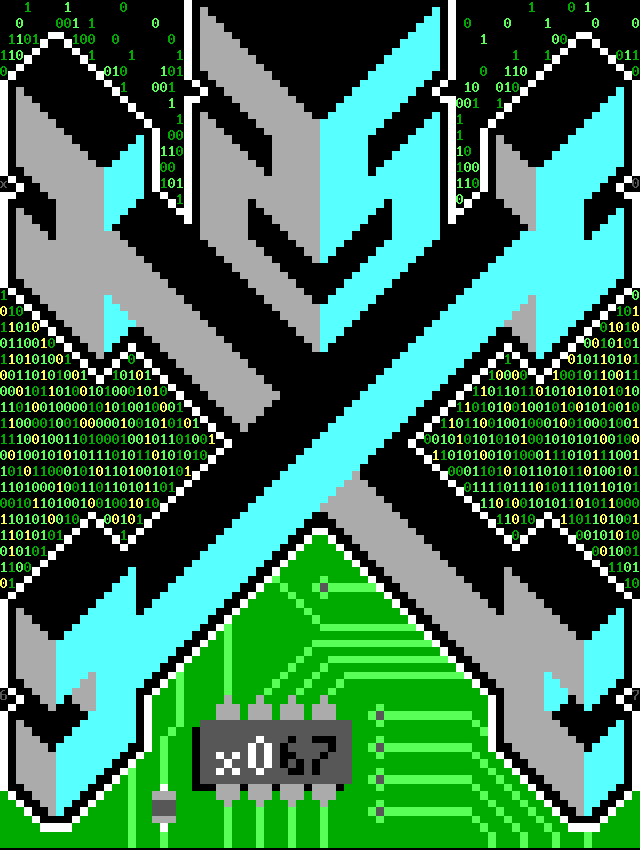 just a quick banner for my new friend hawk hubbard aka captain hood of under the black flag bbs! 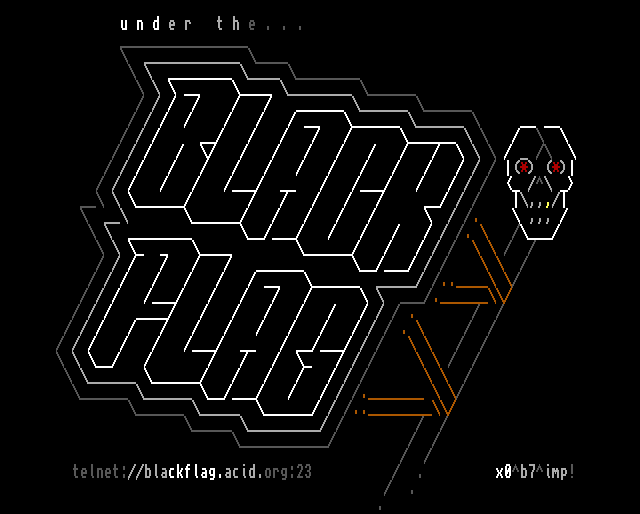 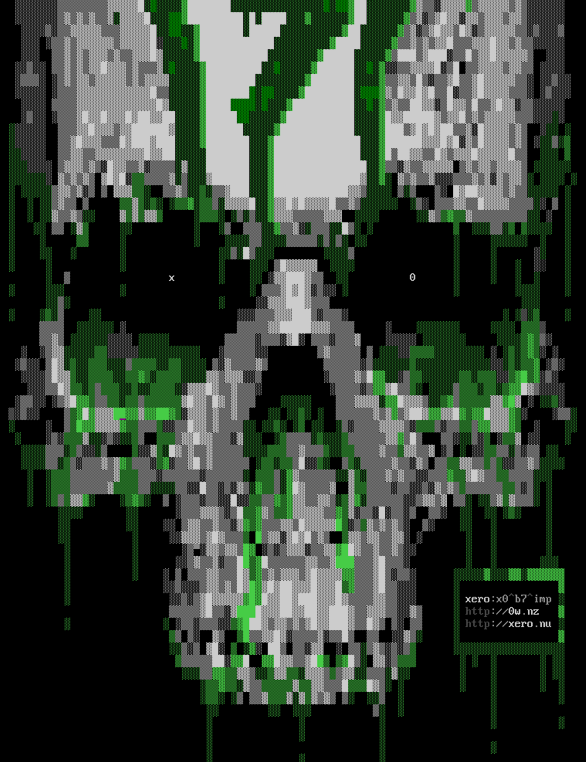 here's a new piece of ansi/ascii art that's near and dear to my heart. it's a textmode art view of my town, pittsburgh! it's drawn with the classic AMiGA font topaz and released this with impure! 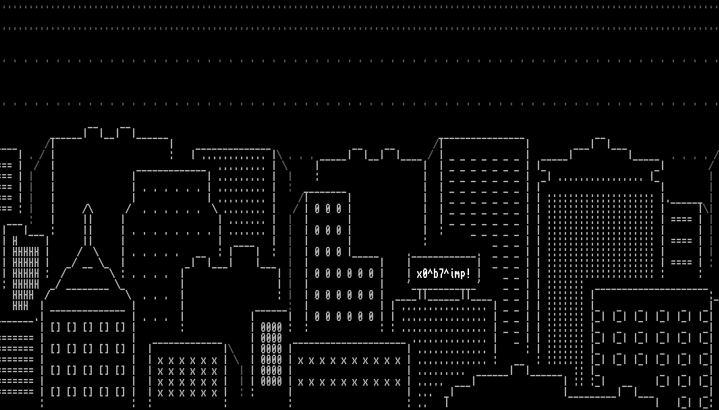 i've joined up with yet another ansi/ascii art group, this time it's some amiga scenesters called iMPURE!aSCii 1940 aka iMP. i have a few pieces in their new artpack #63. 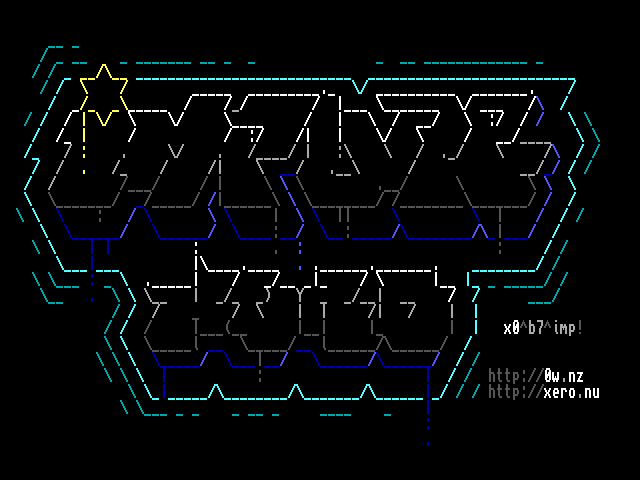