a demoscene event of demoparty is an event that gathers demosceners and other {retro,} computer enthusiasts to view and compete in competitions calls "compos". the compos a party hosts very from event to event, but always include categories for demos, text art, and audio. depending on the entries ansi/ascii might be split into pc and amiga or combined. similarly smaller parties sometimes combine non-text graphics and music into an audio/video compo. but generally speaking the compos are usually:

this was the first time i met misfit and filth irl. filth was gracious enough to host us at his house before and after the party. we all seems to instantly hit it off, like we were old time friends. we talked about the scene, how we got introduced to it, what made us get involved, our art motivations, opinions on other artists/groups/art styles/etc, and lots more. and the whole time we were drawing. both passing around a notebook/markers and a laptop equipped with pablodraw. we spent so much time chatting and drawing we were almost late for the compo! (update: this was the real formation of the A.M.i.S.H.)

this was also my first time attending a demoparty, competing in a compo, or even really showing off my art to someone not on the other end of the internet. we strolled into the party just in time, acting like we owned the place. and we did! our crew blocktronics took the top 8 spots in the compo, and i personally took third place!

they handed the new friends a pile of trophies and we headed back to filth's place to celebrate with the spoils of victory! 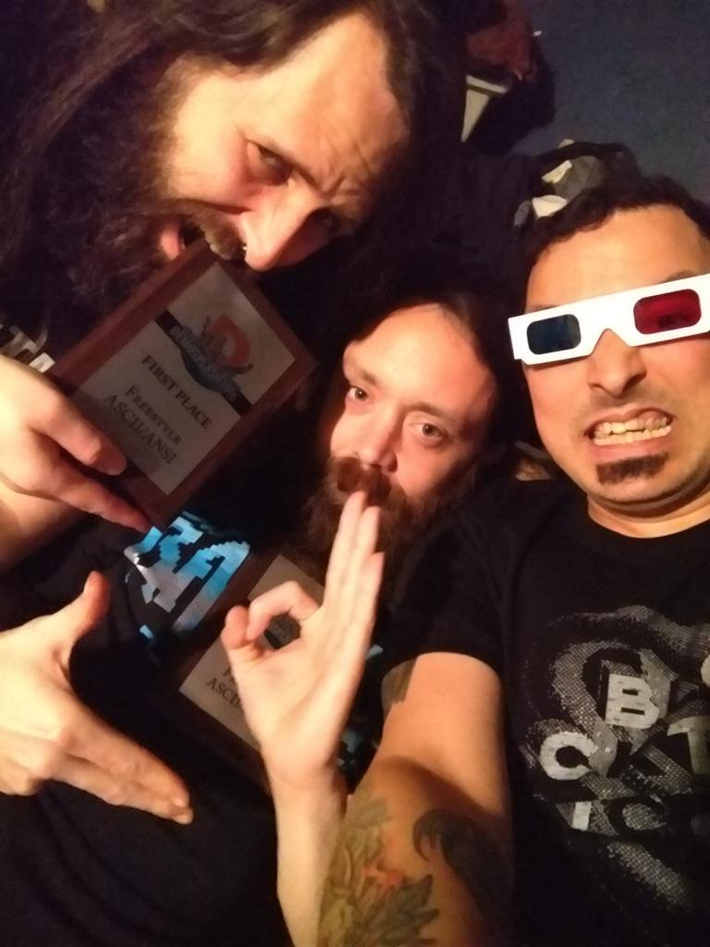